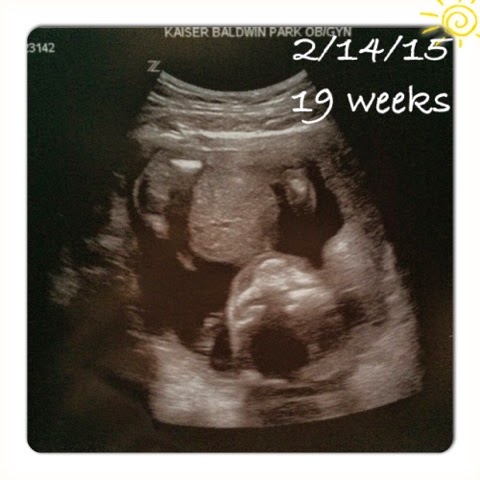 I hope everyone had a fantastic Valentine's Day weekend!  Our little family celebrated by going out for an early morning breakfast, dropping Jellybean off with her grandparents who are visiting from Taiwan, then going in for an anatomical ultrasound, of which finding out Baby #2 is a girl was just one of the highlights of the day!
So, I'm pretty bad an keeping this type of news a secret. How was I able to keep my mouth shut for 19 weeks?  Well, I didn't know I was pregnant for most of the 19 weeks!!!  I actually missed all of the first trimester!
I have a new level of understanding for women who say they didn't know they were preggers. For me, the only symptom of possible pregnancy I had was an acute sense of smell and being turned off from certain kinds of foods. I just thought that it was residual food aversion from Jellybean's pregnancy. I have since never felt the same about tomatoes and tomato sauce.
The other symptom was the missed period. It should have been a no brainer  but I thought my period was still irregular because I'm still nursing Jellybean. I only got my period twice last year (wish it could be like that all the time!!!!) so I didn't think anything of it. I even took a home pregnancy test in September, which was negative.
When did I get suspicious?  My brother, mother and father were joking that I've gained a few pounds, of which I've maintained I never lost the baby weight. I told my husband and he bought me a membership to 24 Hour Fitness at the beginning of the new year.  I went for about a month and was getting discouraged that I wasn't losing any weight even though I also wasn't gaining any weight. Then I noticed that my tummy under my belly button was starting to look a bit rounded. There's a "fat" round look, then there's a "structured" round look, and my tummy's roundedness was looking structured. So, I took a HPT and it came back positive. I believe my reaction was WTF?!?!
But it's all good!  Even though the timing is not what we expected, we're still pretty excited about our addition!  My husband and I both have younger siblings.  For my part, I'm really close to my brother and I just couldn't imagine what my life would have been like without him. This is exactly what I've always imagined my children having... A relationship with each other that is different, but no less trusting, loving and deep, from their parents.
We haven't settled on a name for this LO yet, but I feel we'll get the right name in time for her birth this summer. :-)
That's it for now!  Have a great day everyone!
Posted by KusanagiGirl at 10:08 PM 2 comments: Links to this post

Email ThisBlogThis!Share to TwitterShare to FacebookShare to Pinterest
Labels Pregnancy

I couldn't sleep through the night even if I wanted to!

I once read a blog or an article back in the day before Jellybean was born about a mom who hadn't slept in in all the years she was a mom (she had tween aged kids).  I thought to myself, "Well, that's not going to be me!"  I LOOOVE sleeping and sleeping in.
But I'm coming up to 15 months of being a mom and look at me right now. It's 2:06 am and I've been up since 11:45 pm.  I have turned into that mom.
I can't sleep through the night. Once the haze and fog of having a newborn with all her crazy sleep schedule passed, I found that I've been waking up every night and have been unable to go back to sleep for at least an hour (usually between the hours of 1 am and 3 am) for over a year!  I groggily wake up at 6:15 am every morning and have to be on the go from that minute on. Jellybean isn't one of those kids who need an hour to wake up. She is asleep at 6:14 and 45 seconds, and then she's awake and standing up and jabbering away at 6:15 am.
I hope I don't sound more negative than I actually feel. I do long for the days when I could sleep in, but I think my body has gotten used to it. I think I can operate just fine on 5-6 hours of sleep.
When I catch up with mom friends, we always ask how we're doing in terms of getting enough rest. I think my friends and I agree that caring for an infant or toddler is not difficult per say, but having to make the adjustment from one lifestyle to another is the hard part.
Now, see?  Writing this post has made me sleepy. Yay!  Good night, World! 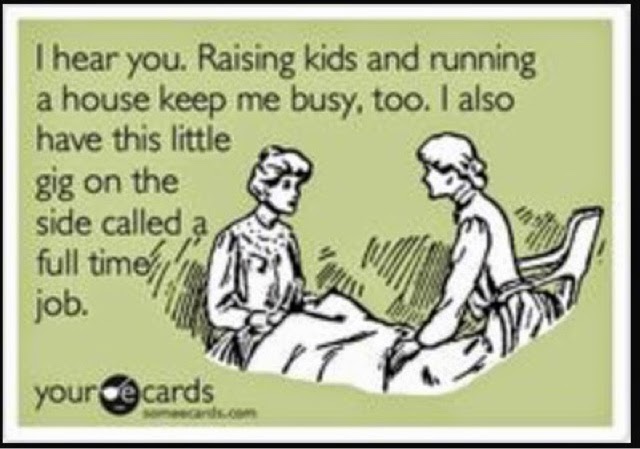 Posted by KusanagiGirl at 2:34 AM No comments: Links to this post

Ah!  It's been so long since I last posted.  I didn't want to have a blank month, but I guess I failed.  *Sadness!*

A couple of beauty-related updates:

Anyways, on to the Empties! 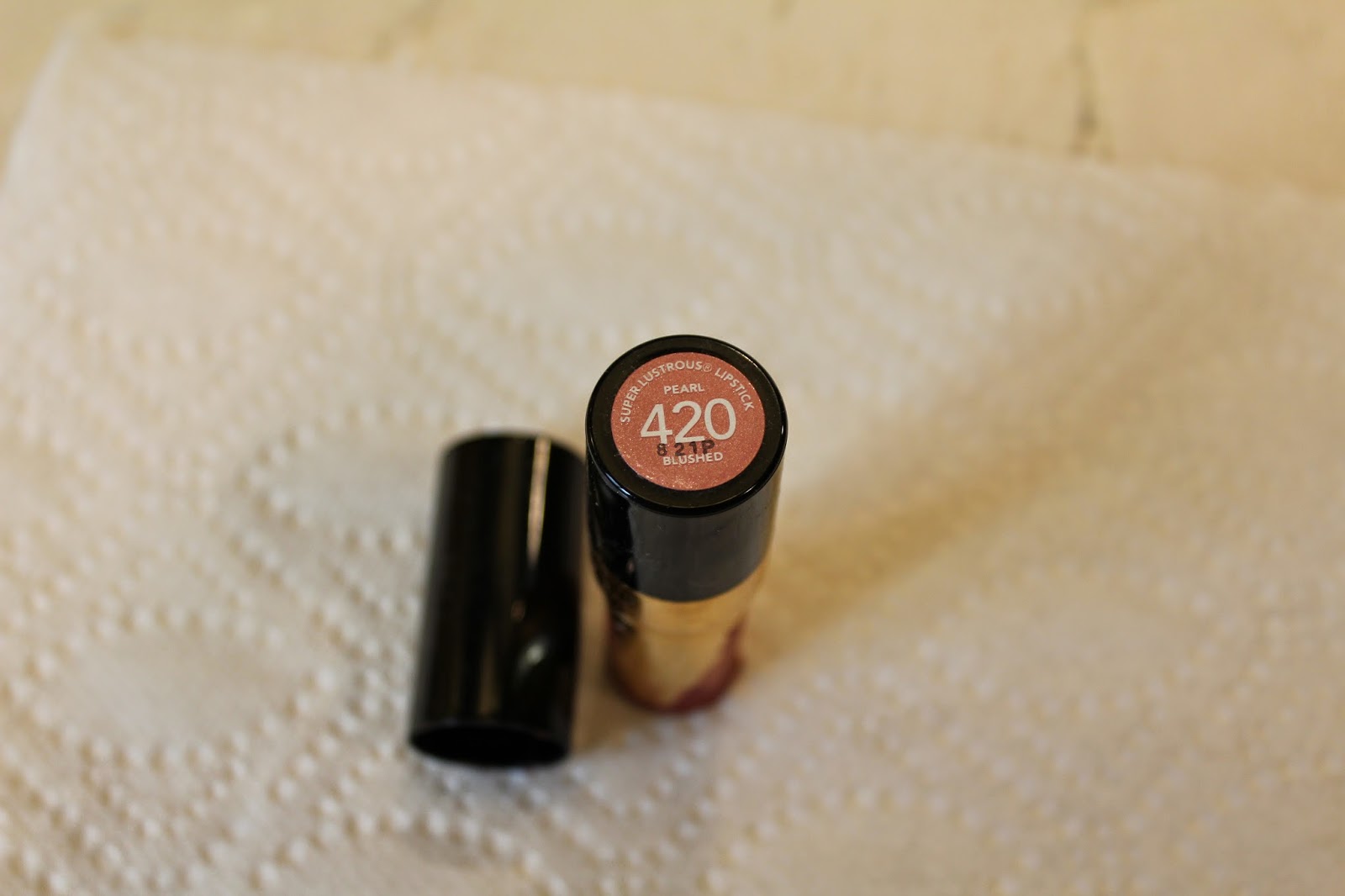 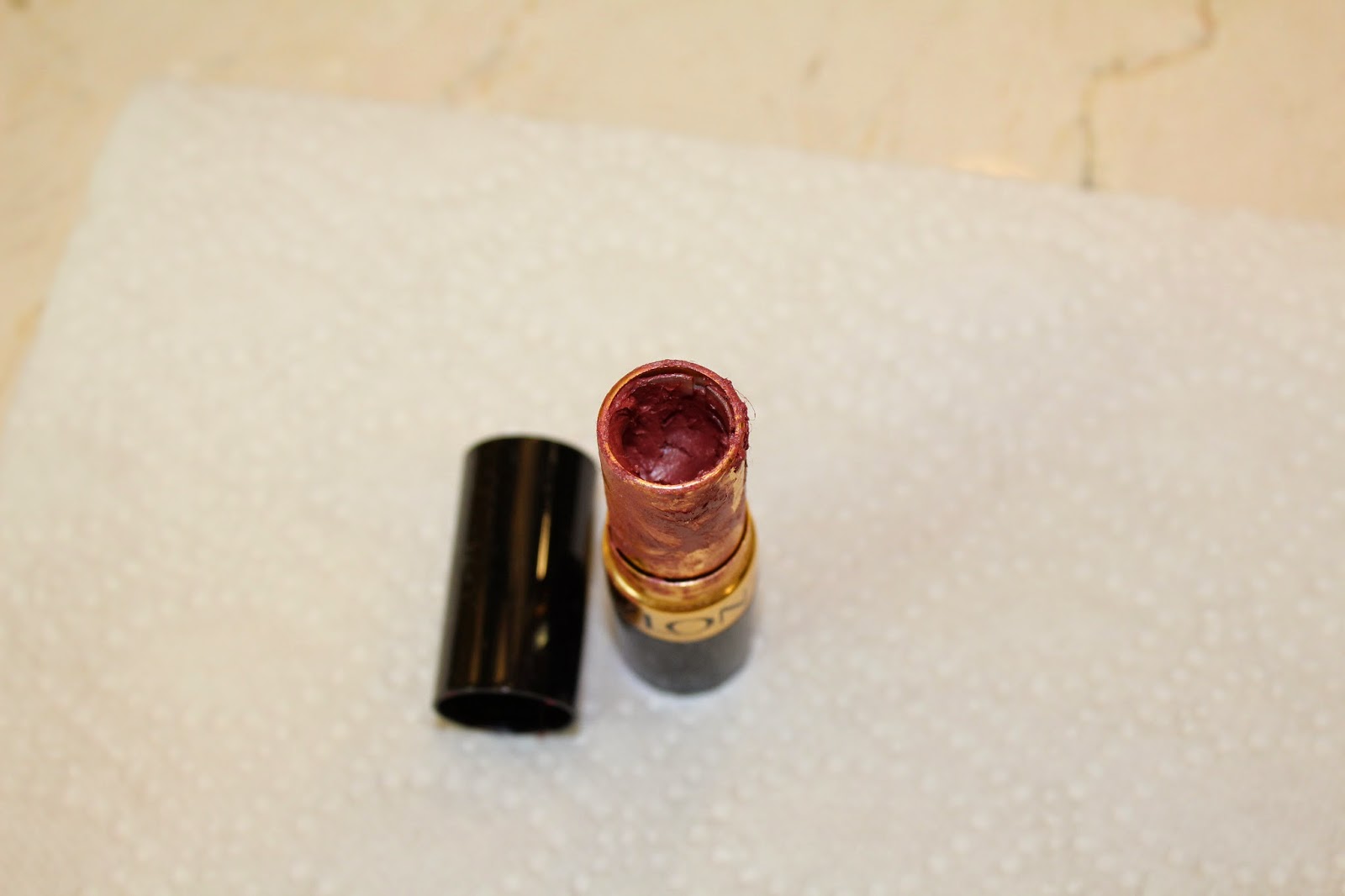 above: Revlon Superlustrous Lipstick
Jellybean got her little hands on this one and finished it for me.  I was liking this for a while.  It went on a little glimmery but would tone down after a few minutes.  It became a "my lips but better" deal.  I felt it was a little thick to put on, but once it was on it hydrated and stayed on. 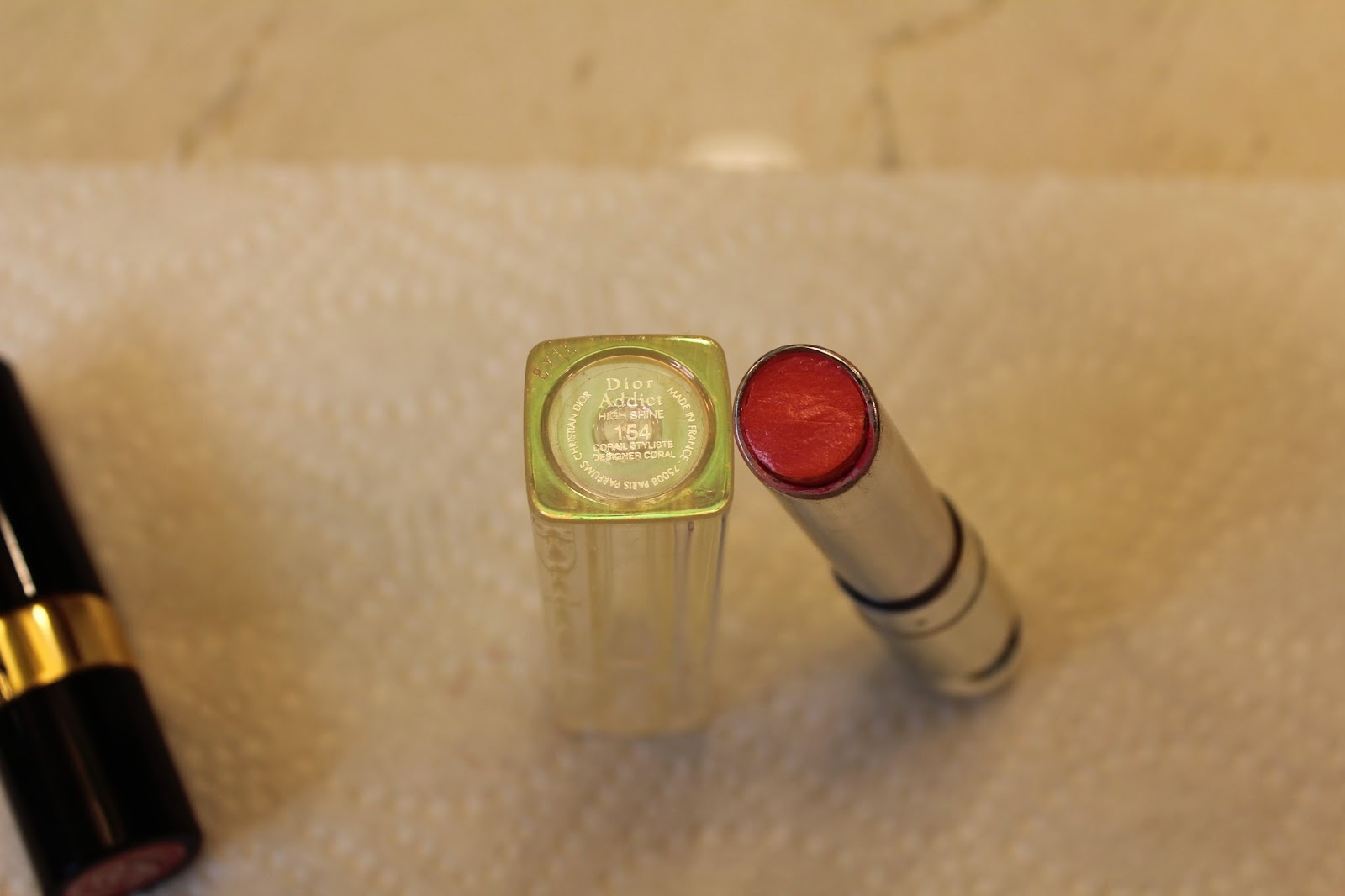 above: Dior something something
I thought I had finished it 2 years ago and then realized I could finish even more, so I picked it up and finished it all.  I liked this one a lot primarily because I was immensely pleased with the brand and how easily it glided on my lips.  But I think that the color was a little too bright for my skin tone and it didn't last long on my lips.  It was hydrating but it either faded or dried out a little too quickly for my liking. 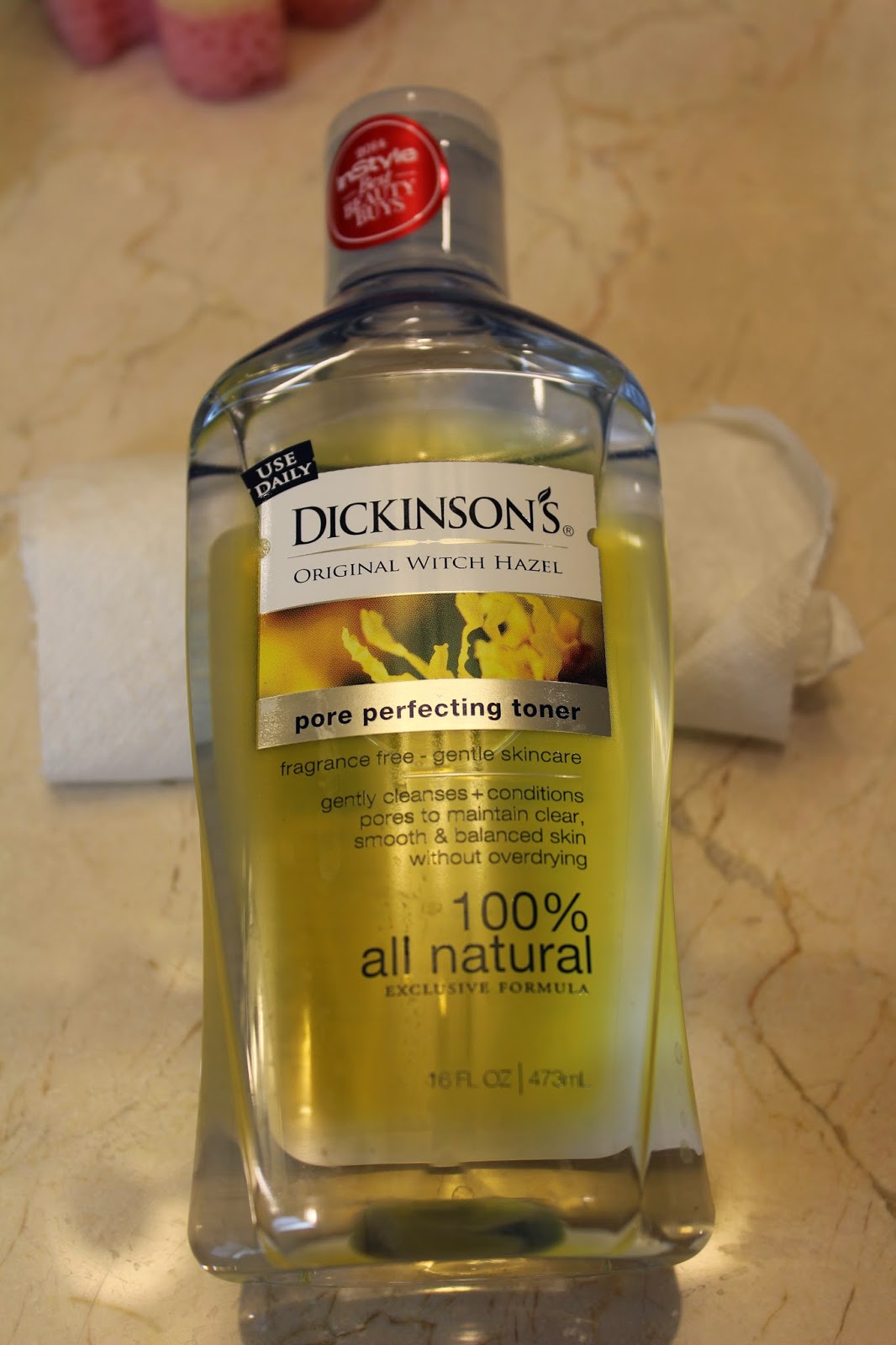 above: Dickinson's Original Witch Hazel
Love this stuff as part of a simplified skincare.  My husband threw the empty container away before I could get a picture so the above is the toner I'm currently using.  I sometimes like using fancier toners but when I simplify, I really mean it.  This is straight out witch hazel and nothing else. 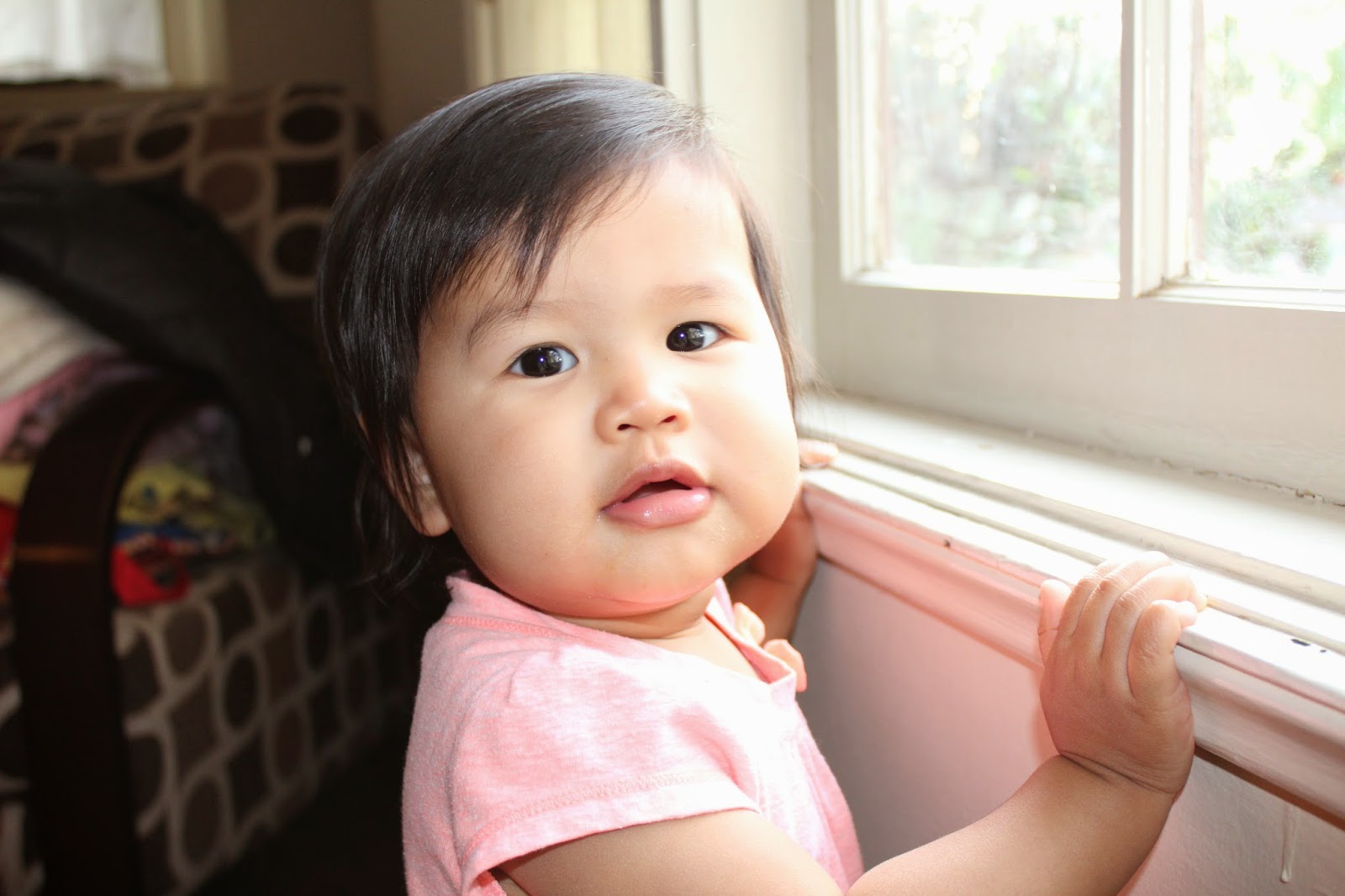 As of the date of this posting, Jellybean is 30.5 inches tall and 20.8 lbs.  She's such a champ!  She tolerates her boring days when I drag her to do stuff that I have to do and she doesn't complain much about the boredom.  She still only has 8 teeth, 4 on the top and 4 on the bottom.  She can say a few words when she mimics us, is a pretty good walker and runner, is learning to twirl and walk backwards.  When she shrieks she can probably shatter glass, so I'm thinking about having her start singing lessons with one of her aunties in a few years.


I'm still trying to find some balance (not quite there yet) between working, being a mom, being a wife, and finding time for myself.  I do want to post more but thank you for being patient with me.

Okay, that's it for now!  Have a great day/week/month!


Posted by KusanagiGirl at 8:42 AM No comments: Links to this post