We finally got a call 11 months after putting Jellybean on a wait list for a top notch NAEYC accredited daycare.  I'm anxious, nervous, excited and hopeful. I've been reading blog posts by other moms about their experiences with daycare.
First of all, we have the awesomest nanny for Jellybean and much of Jellybean's 1st year milestones were reached under her supervision.
But Jellybean is getting older and getting to that point where I think she needs more social and cognitive stimulation. Socially, she meets kids at the park and playground when her nanny takes her, but those kids are seldom of Jellybean's real and/or developmental age. They never meet the same kids more than one or two times so Jellybean hasn't had a chance to make friends with other kids yet.
Cognitively, Jellybean is learning how to talk, how to categorize and group things, and how cause and effect work. I personally feel that even though my husband, I, or her nanny can teach her these things, she might benefit more and faster from watching her friends model these things.
So yes, I am very excited to have her start daycare.
But where I'm anxious and nervous is of course with daycare. Kids get sick and germs spread so easily in daycare. I don't want her to spread anything or be the recipient of some other child's spreading germs. I'm worried about her hitting or biting someone, or being hit or bitten by someone else. I'm worried about her watching her friends model bad behavior (like throwing long tantrums, cuz Jellybean's tantrums are super short). I'm worried that a ratio of 1 teacher to 4 kids means Jellybean won't have the attention she's used to in the one-to-one setting. I'm worried that she's going to cry herself sick when we drop her off for daycare.
Other mothers write on their blog posts that they experience the same thing, but after several weeks they've seen their children thriving in daycare. So I have to wonder if this is another rite of passage of sorts that all mothers and fathers
go through?
We gave birth to these tiny little human beings who so completely depended on us for everything. With each passing month we've had to let them become more independent while realizing they are who they are because of us. And now, with daycare, we're faced with the realization that other people will help shape who our babies will become, that it's not only me or her father. Maybe it's a bit of jealousy, but I can't let that outweigh what I believe is the best thing for Jellybean.
She's curious about everything and it would be a terrible disservice to hold her back from learning everything she can. 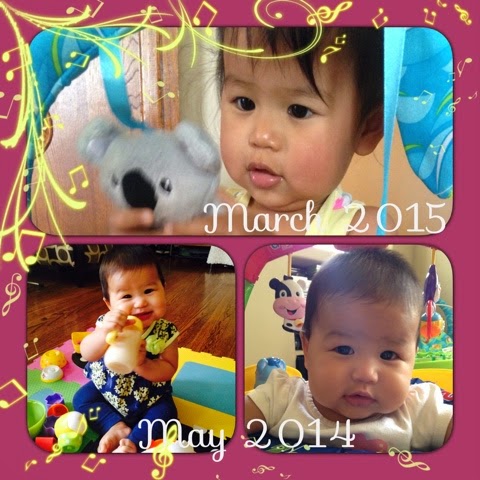 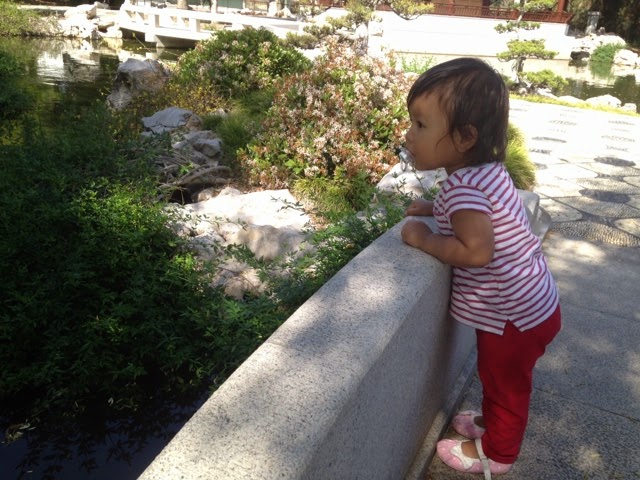 Jellybean, Mommy and Daddy are so proud of all your accomplishments so far. And we are going to love and support you on all your future aspirations and accomplishments.
Posted by KusanagiGirl at 9:48 PM No comments: Links to this post